February was a month for boating celebrations it seems. We had our first warm sunny day on the boat after what was a mild but still cold winter period and you know what that means, it means relaxing on the roof with a gin and tonic and figuring out how easily we can walk along the roof without looking like Bambi learning to walk for the first time.

As you can see from the picture above we also got ourselves a roofbox which is a thing to celebrate in it’s own right! You wouldn’t believe how much space we’ve cleared from our engine room as well as simply from in and around the boat and it was a great by we would wholeheartedly recommend.

The second celebration in February was the 200 year anniversary of the Sheffield and Tinsley Canal. Where we are moored is actually on this stretch of canal so it was great to be able to join in such a momentous occasion for the local canal despite having only lived on it for the last few months. To celebrate a flotilla of narrowboats made their way down the final few miles of the canal all the way into the basin where they were greeted by thousands of people who were out in force. It was great for us to get the chance to see the canal alive and well and we got to talk to so many other boaters, we really felt part of a select group.

The final reason for celebration this month was that we went out on our first cruise! Smash your champagne bottles on the hull here! Although we didn’t venture further than a few hours cruising we still got the chance to go up and down a lock as well as managed to scrape the side of the boat along a tree, having to duck down as the thick branches also passed over the roof. It turns out controlling the narrowboat on a clear canal is pretty easy, perfecting some of the manoeuvres needed to hop on and off, navigate in and out of locks and winding might take some more practice!

So as we leave a month of celebration we prepare ourselves for March which promises to be a storm ridden month but with plenty of plans to execute. We batten down the hatches for now and will speak to you when the next month comes down the cut. 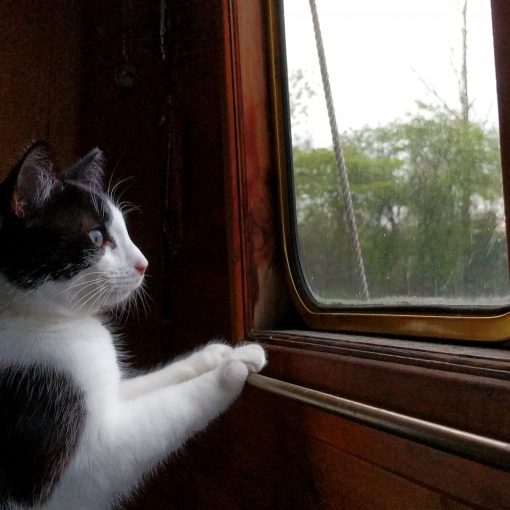 We mentioned to you in last month’s log book that we had been prepping for a new arrival, a ship’s cat. Well […] 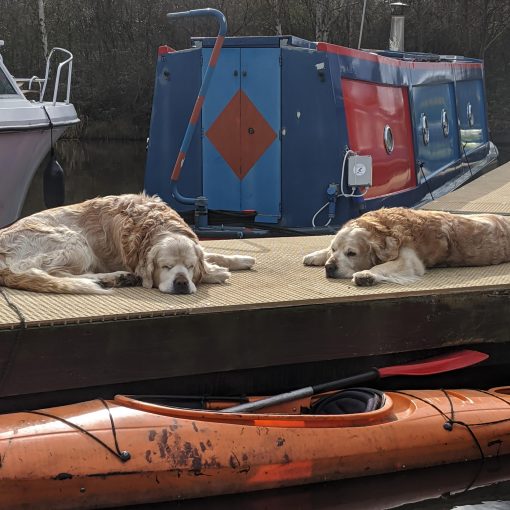 Believe it or not, Olivia and I do actually work real jobs, well usually. This month was in fact a month where […] 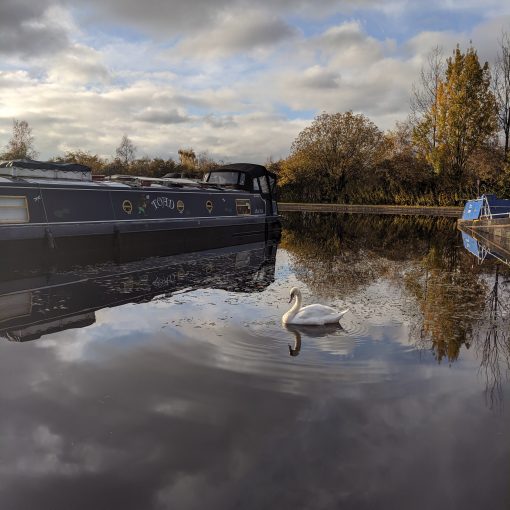 November really was a month of change for us, the loss of Tebay coincided with the changing of the seasons on the […] 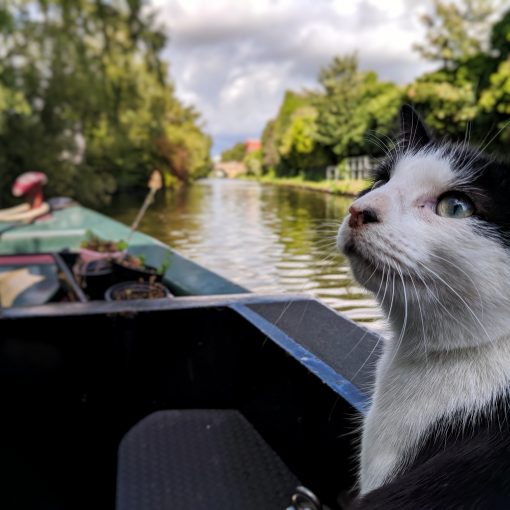